The Council is largely responsive to community needs and is performing competently in most assessment areas. There are major service needs for the city, and the Council has a low appetite for risk. With councillor commitment, a sound financial setting, requisite operating expertise, a continuous improvement ethos and community input, the Council is well placed to further increase its effectiveness. 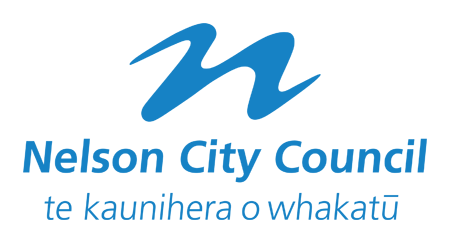 The Council works hard to address the potential conflicts of a unitary council in regulating and being regulated on environmental issues. Council decision making processes could be improved, particularly in the area of risk management.

There is a general view, by stakeholders as well as by Council itself, that the current Council is more unified and cohesive than its predecessor. The Council generally sees its regulatory and operational roles as being of benefit to the city.

The Council undertakes the functions of a territorial authority as well as those of a regional council. It also recognises the need to co-operate and share services with its neighbouring unitary authorities, the Tasman District Council and the Marlborough District Council.

The Council’s mission “Making Nelson an even better place” is embedded within the organisation. However, it is not measured in internal surveys or in the Council’s external residents’ survey. The Council recognises that various strategic reports will need to be brought together for community consultation through the Long
Term Plan 2018-28.

The Council has inconsistent views in assessing and managing its risk, and could consider expanding its participation in governance and self-assessment activities.

As a unitary authority, the Council has established practices to ensure independence of its governance activities from its regulatory and operational functions, thus avoiding conflicts of interest by being both the regulator and regulated. For instance, the Council appoints independent experts to decide its resource consent applications. The Chief Executive leads on operational issues undertaken by territorial authorities.

The Council is in good financial health, although it may not be realising the full benefits of this position. Financial systems are workable, but take considerable management effort and may restrict efficiencies in the future.

The Council has an excellent balance sheet, a strong credit rating and no signs of rating change. It makes use of a standard general ledger package and has implemented a module that has much improved its budgeting, although it acknowledges a better system could be used.

Improvements in project management are being worked on and there is transparency in underspending on capital investments, with a focus on decreasing the rate of underspending from 20 to 15 per cent. The Council would benefit from a more robust business case discipline that is consistently applied to new projects. Most critically, the current business case process falters when considering issues of competing interests. An example of a competing intersts would be where a shopkeeper views on parking clash with a desire for more cycling access.

The Council has a sound and experienced group of infrastructure managers. There are areas where improvements are needed, but those are marginal improvements on an overall good performance.

In the area of community services and facilities, the Council’s level of service is very high and this appears to be the community’s expectation. Resource management activities correspond directly with the values of the community, even though there is planned discharge of wastewater into the sea after heavy rainfall. The full implications of building on a river plain are evident to the Council, but are not likely to be fully evident to residents.

The Council is customer-focused and its communications are performed well with clear messages, and the. Key messages are defined and priorities have been established in the new draft communications strategy. Relationships between the Council and Māori/Iwi can be further improved by working closely together on planning and projects.

The Council’s communications are assisted by a Mayor who is strong on communicating and by staff who are generally customer-focused. Key messages are defined and priorities have been established in the new (draft) communications strategy, which is stronger than its predecessors.

Despite communications being managed well, the external residents’ survey should be extended to include measures of what the community thinks of the Council, and also how the community perceives its interactions with the Council. The survey in 2016/17, which ran after the assessment, included such questions.

While stakeholder relations appear positive, there is no independent stakeholder review. The Council would benefit from improving its Māori/Iwi relationships. In particular, it needs to help the community understand the economic and other contributions made by Māori/Iwi through Treaty settlements.

Generally, the Council’s communication documents are clear, although they could benefit from using more concise language and more graphics. Social media is being developed. Internal communication is a priority.

These improvements will assist the Council in overcoming some of the negative feedback recorded in the external residents’ survey and the internal (staff) survey.